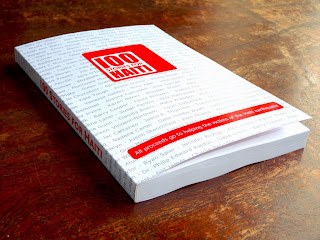 Hi, my name is Lorraine Mace and I’m here to tell you about one person’s dream to help those who suffered as a result of the dreadful disaster in Haiti. That person was Greg McQueen and he decided he would find a way to raise money for the Red Cross.

His idea was to ask his writer friends to each donate a story, which would go into an anthology with all proceeds going to the charity. He also asked for some behind the scenes worker bees. The response he received was truly astounding. Writers told other writers, who in turn told other writers, and the stories began to flow. The project received well over four hundred stories from writers worldwide.

Everyone who sent in a story, whether eventually chosen for the anthology or not, did so in the knowledge that they would never be paid a bean for their efforts. The worker bees donated their editing and organisational skills free of charge. In fact, the writing community from several countries came together via the power of social networking to donate their time, their knowledge and their craft for nothing more than to be part of something that would help the survivors of Haiti’s disaster.

Greg’s idea came to him less than two months ago. In that short space of time the stories have been collated, edited and, as of today, published – which in itself is an incredible achievement.

Greg has been on a blog tour to promote the anthology and one of his stops was on my blog, which you can read here. His post contains a moving section written by Susan Partovi. She's a Family Physician from Los Angeles who visited Haiti over Christmas, working with four medical students in a rural clinic in Cazale, a small village not far from Port-au-Prince. Her account of her time in Cazale features in 100 Stories for Haiti, and you can read an extract on the project's website.

More details on the 100 Stories for Haiti project can be found here, and information on where it can be bought is available here.


Finally, I’d like to thank Jane for allowing me this space on her blog. I think I can safely speak for everyone involved in the 100 Stories for Haiti project when I say that we really appreciate her kindness.

You're welcome, Lorraine. Thank you. Lorraine has featured on my blog before, when she discussed her own particularly torturous route to publication: she's the author of the excellent The Writer's ABC Checklist, which you should all have on your shelves already. And now, everyone, please:

What a great project!

And definitely well done Greg and co and all the writers who got involved.

It is a terrific initiative on Greg's part - an idea that came to him, I gather, one morning as he got his little daughter ready for nursery school, and saw TV reports from Haiti.

When you think about it, to get 400 submissions in a few weeks, from some great writers - is no mean feat. And its been a real pulling together - showing what teamwork can do. And harnessing the power of the internet too.

So, buying the book gives a goodly sum (60% has been mentioned, when bought direct from the publisher - ) to the Red Cross for its Haiti efforts.
Buy buy buy! Give books as Easter pressies! less fattening than chocolate eggs!

Thanks for putting this up Jane!It was quite extraordinary watching Greg's dream unfold.
From my own day job I know it is going to be years before Haiti is back to anything approaching 'normal' and they need all the help they can get.
What Lorraine did not mention is that the stories in it have been chosen to have a positive outlook. Please do consider buying the book everyone. It will make you feel good in more ways than one!

Did you hear about this? A Haitian family who moved to Chile following the Haiti earthquake has survived the Chile quake as well. Unbelievable! I covered it on my show today. http://bit.ly/9Tl8dd